“Well, it has been an eventful few weeks here.” I began, “There have been many changes and I think we need to evaluate the current situation and determine our best course of action.” 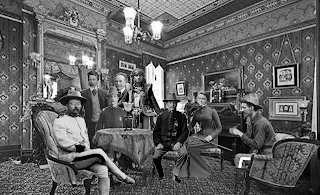 “Reytik’s government has been overthrown and there is currently nothing to take its place.” I continued. “The city is in distress after a great battle and while our friends were victorious, it is my belief that the leader of the opposition has escaped. We have no idea what Reytik’s ability will be to continue the conflict, if he so chooses. We have taken some serious casualties and it is a long time before we can expect reinforcements. Does anyone else have something to add?”


“I have some information,” said Professor Boas, “if I may.”


“Thank you.” he said. “I believe that we have won over the citizens of Ceraunius and we will be safe here, provided that we can sure up its defenses. However, the area under Reytik’s jurisdiction covered a much wider area. How much of this area will be allied to us? I  believe the agrarian  region to the south is firmly behind the democracy movement. If this area can be secured and protected, that will keep us fed.


The north is marginally in Reytik’s camp while the east, I believe is his stronghold and it is to there I think he has gone. This is the area of reiciopondium mining, which is the major source of income for Ceraunius. Without this source of income, things will be difficult for our people.”


“That is troubling.” I said. “What about the western territory?” I asked.


“I can answer for the west Mr. Roosevelt.” Jordak said as she entered the room. 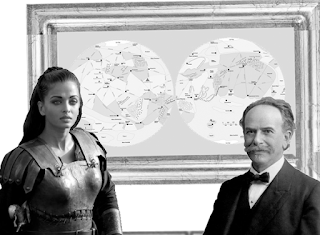 “I am mending well, thank you.” She said. “To answer your question, most of the tribes in the west are with us. Those that are not… will be dealt with.”


“Indeed.” She replied. “In a month or so, the west will be totally secure.”


“Bully!” I said. “That will be most beneficial. Now may I have an update on our men?”


Miss Linton gave the report. “We have lost seventeen men killed and have twenty-eight in hospital. Of the wounded, six will not recover sufficiently to return to duty, ten will take some months to recuperate, and the remainder will be back to duty in a matter of weeks.”


“So, we are down one full platoon, and a second for a couple of months at best.” I said. “This is wholly unsustainable. We must protect ourselves better in the future.”


“Can we protect ourselves, considering the chaos surrounding us?” said Lt. William Griffin.


“Weren’t you tellin’ us about the disorganization in the democracy movement?” said Lt. John Thomas Jr. “With friends like that…”


“We must have friends, no matter their condition.” Professor Boas retorted. “Besides, though he may not know it yet, I believe that they have found their leader.”


“Borlak.” I said. “So you think he can unify the disparate factions?”


“If anyone can bring order from this chaos, it is he” Professor Boas said.


“Indeed,” said Professor Linton “his faction is the largest and most influential. Also he has friends in most of the other groups and his…, business associates, have connections that can benefit us greatly.”


“It is in the military training that you and your men will be of most value to Ceraunius.” Jordak said. “I have seen your ways of fighting. Though your weapons are superior, it is your methods that give you the advantage. These people must be taught to fight like Earthmen if Ceraunius will remain free.”


“Jordak is correct.” Chronto said “Just look at what the Scouts have done. Before we were trained in your ways, we would have been no better than Reytik’s soldiers.” 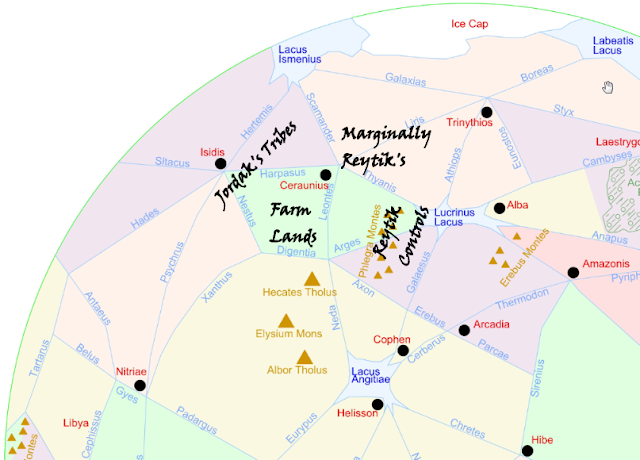 “Then it will be up to us to provide a force to defend Ceraunius while the diplomats organize a government.” I said. “How we must ask the question,; how long will it take for these people to get organized. With the society segmented as it is, do they even have any concept of what needs to be done?”


“The folks from the rural areas will have little knowledge of the workings of government,” Miss Linton said “however, the people from Ceraunius proper have had regular dealings with the administration. Also, there are several junior officials that have joined the movement and they will be crucial to setting up the administration.”


“Miss Linton,” I said, “since you have been more engaged with the democracy movement, I will count on you to be the main contact with the convention. Of course, I will also lend my expertise to the conversation, but my main focus must be on the defense force. Chronto and Miss Jordak, what can we expect in the way of numbers and experience of recruits?”


“I believe we will get many men from the city.” Chronto said. “these will be of little initial value, but in time they will be decent soldiers. The men we can get from rural areas will be the quicker to train, but the harder to assemble.”


“It will take me longer to assemble my fighters,” Jordak said, “but the men I bring will have an advantage in experience and skill.”


“The addition of your mounted tribesmen will give us a mobile strike force that we definitely need.” I said. “I will need your men to teach mine how to ride as well.”


“We will bring in some additional mounts with us.” Jordak said.


“Thank you.” I said. “Now let us turn to our strategic defense. Professor Boas, you said that Reytik most likely fled to the East, correct?”


“Yes, that is where the former government’s greatest support is located.” He said.


“Well then, we shall start by building defensive positions on that side of town.” I said. “Next, we will fortify the northern approaches to the city, as Reytik has friends in that direction. Finally, we’ll complete the circuit to the west and south. We shall start patrolling the area with the Iska Mahayi as far to the east as is prudent, perhaps we may get some news of our enemy that way. That means we’ll have to use ground patrols in all other directions.”


“Colonel,” Lieutenant Fisher said “that will leave us awfully thin if an attack does come.”


“I agree,” I said “but I see no other alternative in the short term. I would like to run telegraph lines up each of the canals and establish lookout posts, but we haven’t enough wire or generators.”


“In its natural state, the reiciopondium mined nearby produces a static charge when agitated.” Professor Linton said. “Perhaps it can be used to make some sort of generator to power a telegraph.”


“And perhaps Alba can produce the wire we would need.” Said Professor Edgren.


“Alba?”, I asked “I know it is to the east of here, but I know little else. Why do you believe they have the capacity for such work?”


“Alba is only surpassed by Cophen in technological advancements.” Professor Edgren said. “You see, they were controlled by the Nagy Fej right up to the defeat of their overlords by our space fleet. It was the residents of Alba and Cophen that constructed the Nagy Fej spacecraft and because those craft contain copper wire, one must assume that they can produce it.”


“Then we must figure a way to get around Reytik and purchase as much wire and reiciopondium as possible.”


“I think Borlak can help us with this.” Chronto said. “He is a trader after all.”


“Bully!” I said “When I can get a moment of Borlak’s time, I will make the arrangements. I think our plans are taking good shape, so let us start putting them into action.”
Posted by Chris at 2:24 PM